Decades of research in psychology have shown that one of the best ways to reduce intergroup bias is to simply have members of different groups spend time with each other (under certain conditions). This idea, known as the contact hypothesis, has been extensively tested and found to be always efficient, which makes it a sort of gold standard for reducing prejudice.

But for many, intergroup contact is rare. The point is, for better or for worse, we tend to hang out with people like us. As a result, for some people the only prolonged exposure they get to members of certain minority groups is through characters on television and in movies. But could this type of exposure substitute for actual contact, offering some of the same stigma reduction benefits? A number of researchers have started to study this question in recent years and the answer seems to be: maybe, a little?

There is a number of studies report correlations between watching programs about members of stereotypical groups and reducing prejudice. But it’s unclear whether watching these shows actually reduces stigma, or if less damaging people are just more likely to watch them. This is why experimental studies that actually compare groups of people who watch and do not watch are essential to answer this question.

A scene from “Queer as Folk”.

A die most recent studies to attempt this was published in 2020 by Bradley Bond. Bond asked 108 heterosexual college students to fill out a questionnaire about their attitudes towards homosexuals. He then divided them into two groups: one group (the control) did nothing; the other group watched episodes of Queer as folk weekly for 10 consecutive weeks. At the end of the 10 weeks, everyone filled out another questionnaire to see if their attitudes had changed. Bond found that the attitudes of the control group remained unchanged and that the Queer as folk the group’s prejudice levels have decreased. 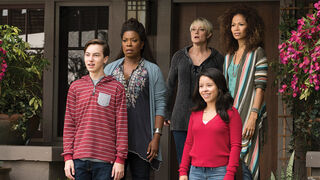 A scene from “The Fosters”.

Bond’s samples were small, there were only 36 people in each group with two Queer as folk groups, and the results conflict with those of a 2016 study by Traci Gillig and Sheila Murphy. In their study, 362 heterosexual / cisgender subjects and 107 LGBTQ subjects between the ages of 13 and 21 neither watched anything or watched a 10-minute montage of the show. The Foster about two homosexual characters. Researchers found that watching the video increased pro-LGBTQ attitudes among LBGTQ subjects (to an average of 4.2 on a 5-point scale, compared to an average of 3.9 for those who had not watched. the video), but decreased pro-LGBTQ attitudes for heterosexual and cisgender subjects (to an average of 3.0 compared to an average of 3.3 for those who did not watch the video).

A key difference between their study and Bond’s study was that the subjects only watched a 10-minute video, not a full episode. Suffice it to say, this is not exactly the way people normally watch TV. And just as you wouldn’t expect to really know someone in person in just 10 minutes, it probably wasn’t enough time for viewers to truly identify with and relate to the characters in any way you can when. you watch a full movie season of a show, as the subjects did with Queer as folk in Bond’s study. 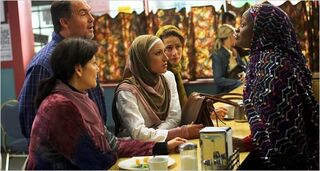 A scene from “The Little Mosque on the Prairie”

Perhaps the best-designed experiment to test this question to date has been published in 2017 by Sohad Murrar and Markus Brauer. They examined the prejudices against Arabs and Muslims after watching Small mosque in the meadow, a Canadian sitcom about a Muslim community in a small town in Saskatchewan. They divided 193 white adults, aged 18 to 60, into two groups: half watched six episodes of Small mosque and half watched six episodes of Friends. They assessed their feelings towards a number of groups, including Arabs, before and after watching, and again four to six weeks later.

The researchers found that subjects’ feelings towards Arabs became more positive by about 6 points on average on a 100-point scale in the group that watched Small mosque (there has been virtually no change for the Friends group) and this change persisted for weeks later. This group also showed much less implicit prejudice against the Arabs than the Friends group, as measured by the Implicit association test.

Given the large sample size, realistic presentation, and multiple measures of bias, Murrar and Brauer’s experiment provides the most compelling evidence of the benefits of watching television in reducing bias. But their experience still suffers from a limitation that all of these experiences have: it is possible that the subjects in the Small mosque condition could have guessed the purpose of the experiment and modified their answers accordingly. Despite the best efforts of researchers, it’s hard to hide the fact that your study is about attitudes toward Muslims or gays when you explicitly ask about them and then people watch a bunch of episodes of a TV show featuring Muslims and gays.

In summary, the evidence for the benefits of television in reducing stigma is weak but positive. Even Murrar and Brauer only found an average 6 point shift on a 100 point scale. Of course, no one would expect watching a few episodes of strange eye would turn a fanatic into a gay rights champion.

Even though the effect is small, in this case it is not necessarily meaningless because the reach of the television is so massive. The cumulative effect on millions of viewers could be a substantial and measurable change in public opinion. 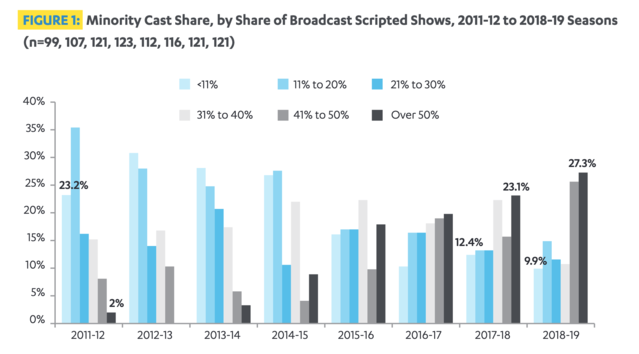 Representation of minority groups on television over time.

This is not only great news for many players who now have opportunities that they did not have before, but potentially for society as a whole.