The first known study of human sexuality in the United States began in 1892. It was conducted by a 28-year-old undergraduate biology student at the University of Wisconsin. The student was a woman; her name was Clelia Duel Mosher. It’s a startling dataset: 1892, female, student, interested in sexual behavior. It was a time when discussing sex in mixed society was forbidden. Sex education was a contradiction in terms. And yet, it would seem that the generally held view of these Victorian-era ladies had no interest or curiosity in sex; that their knowledge was as limited as their sexual behavior. Mosher was about to prove that wrong.

Mosher continued her survey until 1920. The total number of respondents in 28 years was 45. Mosher could hardly claim a large sample, and yet…one of the reasons the number was limited was that she did not wish to interview than women. Barely as extensive as Kinsey’s work, yet Mosher had something Kinsey didn’t. Mosher received responses from women born before 1845. Kinsey’s oldest respondent was born half a century later, around 1892, when Mosher started. Mosher’s work offers insight into women’s sexual behavior and attitudes in pre-Civil War and early Gilded Age America.

No one claims 45 participants, all women and all university students are a representative sample; Yet it underscores that Victorian sexuality is not an oxymoron. Of course, it wasn’t that our ancestors lacked opinions, experience and information; it was that women were discouraged from ever talking about themselves. Social rules and rituals prohibited mentioning sex in the company of a lady. Moreover, female behavior was equated with ignorance.

The Mosher survey clearly shows that women had active sex lives and well-formed opinions on the subject. There was, however, what the women did and what they admitted to doing. The ideal woman was a gentle, discouraged mention of all things rude. In Mosher’s view, these romantic ideals of womanhood were unrealistic and harmful. 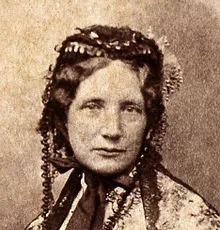 The attitudes themselves are even more interesting. One would imagine they would be censors, critics or embarrassed, but they were not. A report of his findings published in Stanford University Alumni Magazine is our record of his work. Respondents were quoted calling sexual behavior a “beautiful thing”, a gift of nature, divine and spiritual. Contrary to all the stereotypes of our ancestors, they approached sex with enthusiasm.

Mosher was interested in more than sexual behavior. She was more interested in busting myths. She was a doctor. Mosher received her MD from Johns Hopkins in 1900. As a female physician, she was one of only six percent of all physicians. She was discriminated against and her efforts to establish a private practice were thwarted. She accepted a teaching position at Stanford and continued her research.

In the mid-19th century, Harriet Beecher Stowe’s sister, Catherine Beecher, made the same arguments. She too considered the vanities of womanhood harmful to women’s health. Both women objected to fashion that hid a woman’s natural shape. Both opposed the idea that women shouldn’t exercise. Beecher claimed that exercise was essential to good health. Mosher wrote that inferior muscle development led to “inevitable disease”.

With a study of female sexual behavior, Mosher was first, and she was feisty. With Beecher before her, they studied female behavior as they fought for women’s health and rights. At the root of all their work was the desire to explode the myths and replace the myth with the authentic woman.