When cannibalistic serial killer Jeffrey Dahmer became infamous in the 1980s, his preference for young, gay men exacerbated issues such as homophobia and racism, especially for Milwaukee’s gay community. Still, some people remain unsure of Dahmer’s sexuality, which begs the question: Was Jeffrey Dahmer really gay? When you think of serial killers, the last thing you wonder about is their sexuality. However, some of history’s most infamous serial killers had a profound impact on the LGBTQ+ community, particularly in the 1970s and 1980s.

Who was Jeffrey Dahmer?

Jeffrey Dahmer, nicknamed the Milwaukee Cannibal, was a notorious serial killer, sex offender, and cannibal who murdered and dismembered 17 boys from 1978 to 1991. Dahmer also engaged in necrophilia with some of his victims and retained some of their body parts. Although he was eventually diagnosed with various disorders, such as schizophrenia, borderline personality disorder, and psychotic disorder, Dahmer was found to be legally sane to stand trial. He was sentenced to fifteen life sentences and beaten to death by an inmate in November 1994.

Jeffrey Dahmer’s story is horrible. By his hideous actions, Dahmer took these people away from their families and loved ones forever. His actions left a scar in their lives and struck fear into the hearts of Milwaukee’s gay community. As you explore this aspect of Dahmer, be sure not to lose sight of the fact that he was first and foremost a serial killer.

This was Dahmer’s true legacy. The victims and their communities who were left to pick up the pieces.

Why do people think Jeffrey Dahmer was gay?

Because Dahmer’s binge occurred during the AIDS epidemic in 1987, his actions negatively impacted the LGBTQ+ community. However, without explicit confirmation that Dahmer identified as gay, many have turned to evidence from his childhood and actual murders to confirm the criminal’s sexual orientation.

He had sex with boys in his teens

Dahmer had brief relationships with male classmates in his early teens, although he never had sex. He hid this fact from his parents. Although he later admitted to police that he began fantasizing about dominating and manipulating male partners from the age of thirteen. Dahmer also shared that his sexual fantasies evolved into violent fantasies, such as dissecting male breasts and torsos.

The initial urge to harm a male peer occurred when Dahmer was sixteen. The killer admitted to being tempted to knock out a male jogger and have sex with the body. Dahmer tried to turn his fantasy into reality although his potential target didn’t show up that day. Luckily, the unsuspecting victim dodged an attack unknowingly.

His behavior as a mixer was suspicious

In 1985, Dahmer worked as a mixer at the Milwaukee Ambrosia Chocolate Factory, during which time many customers described his behavior as sketchy or suspicious. During his employment, Dahmer received proposals from several men and, although he did not accept any of them, he later admitted that it triggered many of his violent fantasies.

At the end of 1985, Dahmer began frequenting gay bars and bathhouses, where he experienced his first sexual relations. Although consensual, Dahmer said his meetings were “frustrating” because of the way his sexual partners engaged with him. When asked to elaborate, Dahmer told police, “I trained myself to think of people as objects of pleasure rather than people.”

When Dahmer realized his twisted preferences, he began drugging men with sedatives, waiting for his partners to fall asleep before performing sexual acts on them.

He stole a male dummy

After being fired from his job at the chocolate factory, Dahmer became more reckless and impulsive, once stealing a male mannequin from a store. He then used it for sexual pleasure, and his grandmother eventually discovered the object and asked him to get rid of it.

He was arrested for disorderly conduct

His victims were all young men

It’s no secret that Dahmer’s crimes were grisly and unthinkable. However, it remains relatively understated that all of his victims were young men he seduced in gay bars. Dahmer would take his victims back to his grandmother’s house, engage in sexual activity, then drug them with drinks containing triazolam or temazepam before strangling them. 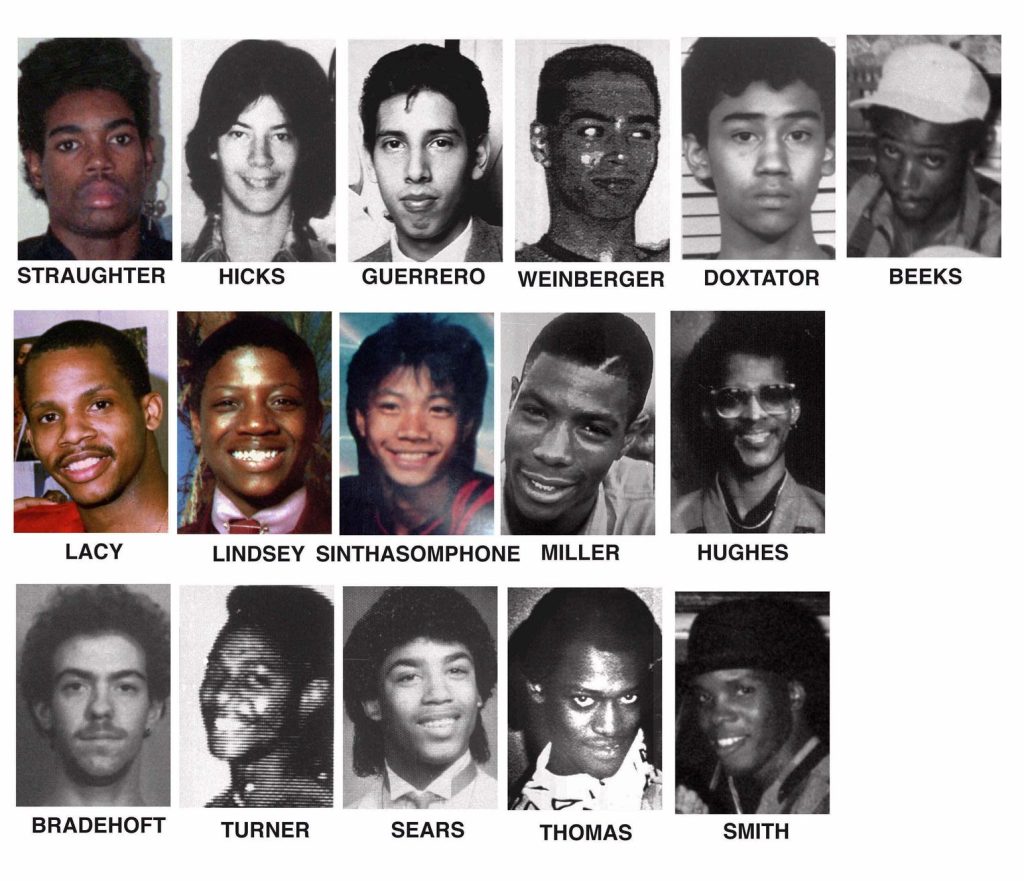 Dahmer’s impact on the LGBTQ community

Despite the obscurity Dahmer cast on the LGBTQ community after his arrest, his crimes inspired significant systematic change, especially in Milwaukee. More than 400 people, including gay rights activists, attended the candlelight vigil for the victims of Dahmer in 1991.

The murders also made Milwaukee’s underground gay scene even more fleeting, with many using aliases to protect themselves. However, the murders also inspired sensitivity training within the Milwaukee Police Department and an even more aggressive struggle toward acceptance.

Movies, TV, and podcasts are no strangers to Dahmer-related content. In fact, Dahmer is a subject some critics will even describe as “overdone”. Yet miniseries and documentaries focused on Dahmer continue to surface thanks to a fascination with his supposedly repressed homosexuality.

In 2017, actor Ross Lynch portrayed the serial killer in My Friend Dahmer. In an interview, he said, “Maybe we can do better with people who seem out of place. Maybe we can step in and avoid creating more Jeffrey Dahmers,” implying that the repression of his sexuality has led to such extreme violence.

From his later confession and evidence collected over the years, we can perhaps infer that notorious serial killer Jeffrey Dahmer has been identified as gay. That said, Dahmer himself has never confirmed his sexuality, so we can’t say for sure. Ultimately, while Dahmer’s fantasies and actions were harmful to the LGBTQ community, they also inspired change within law enforcement groups and ultimately led to safer spaces for marginalized groups. .