Michelle Ntalami answered the one question so many people ask; is she a lesbian?

“So many people ask if I’m a lesbian, the answer is I’m not. I’m androsexual. She’s a person who is strictly attracted to male energy, regardless of gender. And because of this, I am part of the LGBTQ community as a supporter and someone who has a community member,” she says.

The Marini Naturals also opened up about her high-profile past relationship and why it fell through.

“With all due respect to this relationship, it was very healthy and positive from the start, despite how it ended and the reasons why it ended. It was not a relationship toxic. And since then the question I’ve been asked a lot is, do I date men. And the answer is yes, I date men too,” she said in an interview with the Nation.

“A lot of people have wanted to know why the relationship didn’t work out and all I can say is that for me, cheating, infidelity or breach of trust is not something I take it lightly and that’s what this person did to me.”

The popular Instagram personality recently posted a video with a mystery man she says is a fresh start after the breakup.

“I was coming out of a very dark period in my life. I had been through so much in my personal life and finally found my light, the essence of me of what makes Michelle, who is very sweet, feminine, sensual, in touch with her feelings, very expressive and not shy of that,” said Ntalami. 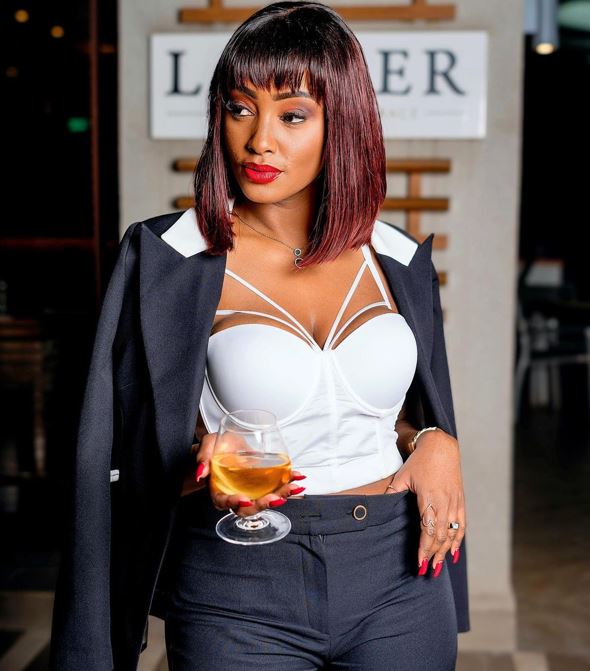 She also talked about posting racy photos on her Instagram saying she’s not bothered by what people think.

“About my Instagram photos, I don’t know what people think of me and frankly I don’t care. I mean, I can’t control what people would like to think of me, what I can do is to be authentically me. she says.

“I was never going to be the usual stereotypical CEO wearing these shocking suits. I can’t change it even if I try even when I become a mother I think I still want to be sexy. She adds.

Ntalami also spoke about Marini Naturals which she founded seven years ago with her partner.

“We dreamed of one day sitting in our factory. But there were always these doubts about who are we going to be able to do it. Marini was supposed to be a side business, but it started to become so popular that we focused on it full time,” she says. 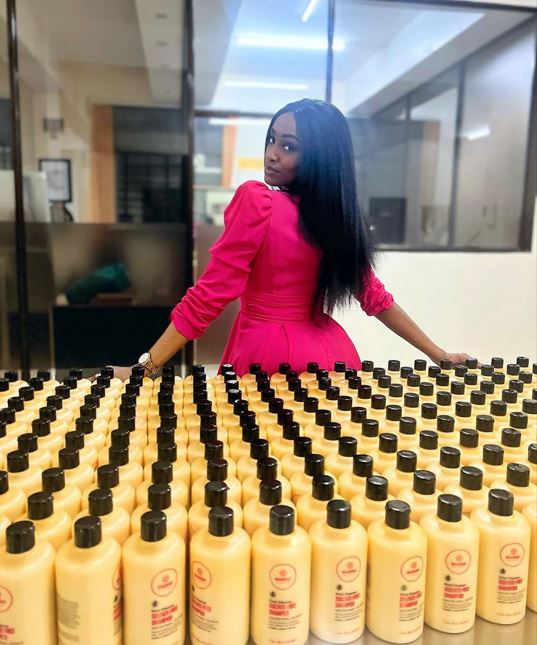 “Initially there was a lack of confidence because the beauty market at the time was all about chemically straightened and unnatural hair, or the other question would be why were we even thinking of building a factory in instead of selling products from China. But that was not Marini’s vision because we wanted the Kenyan touch when we say made in Kenya,” said Ntalami.