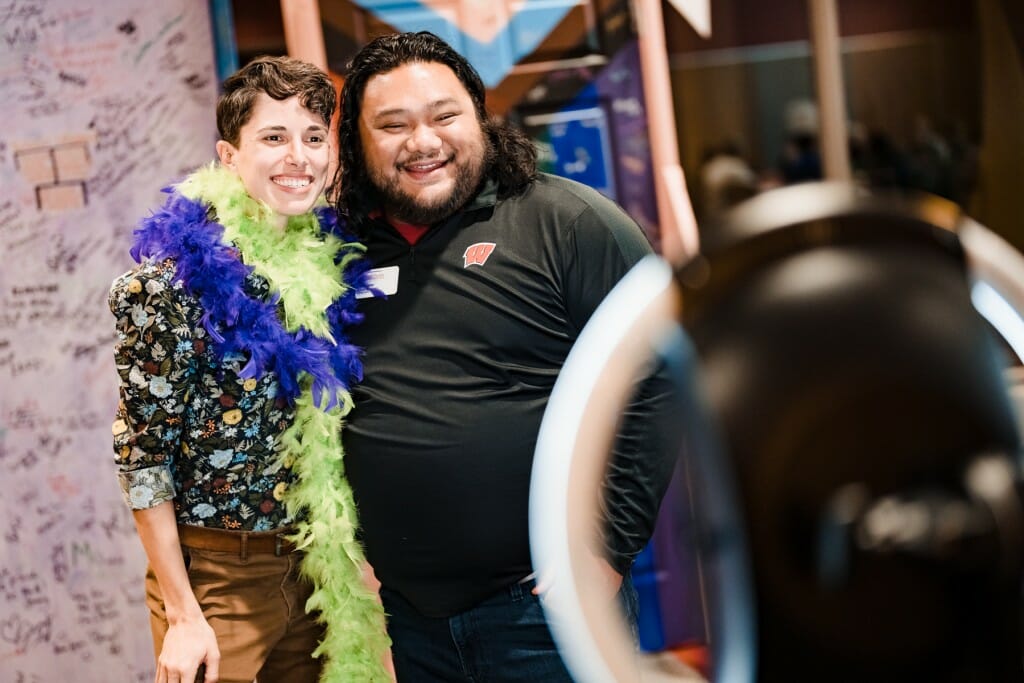 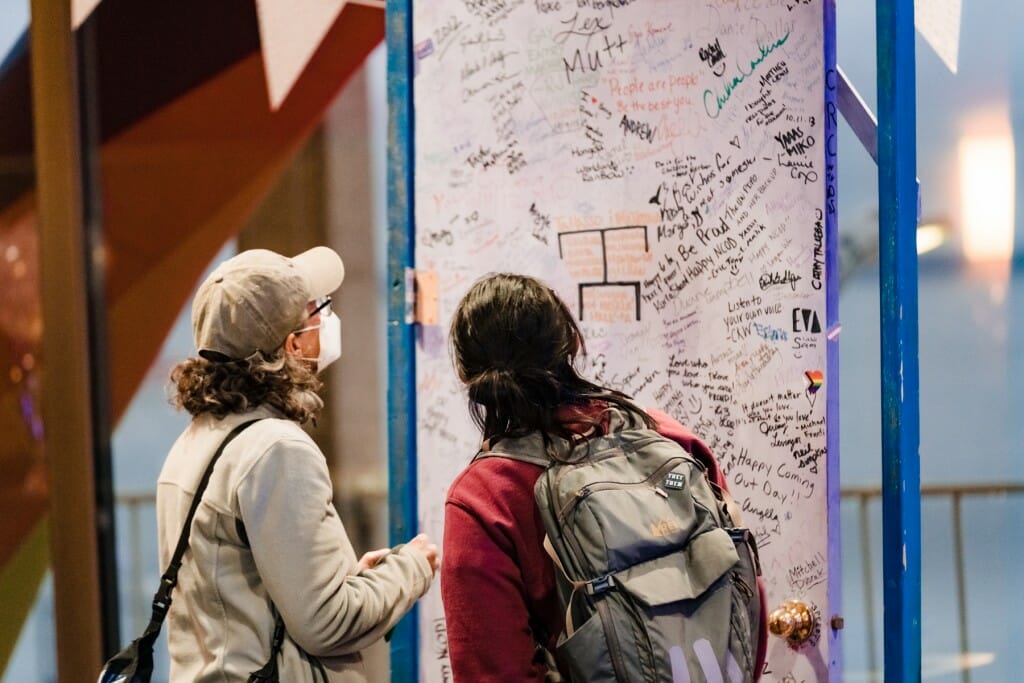 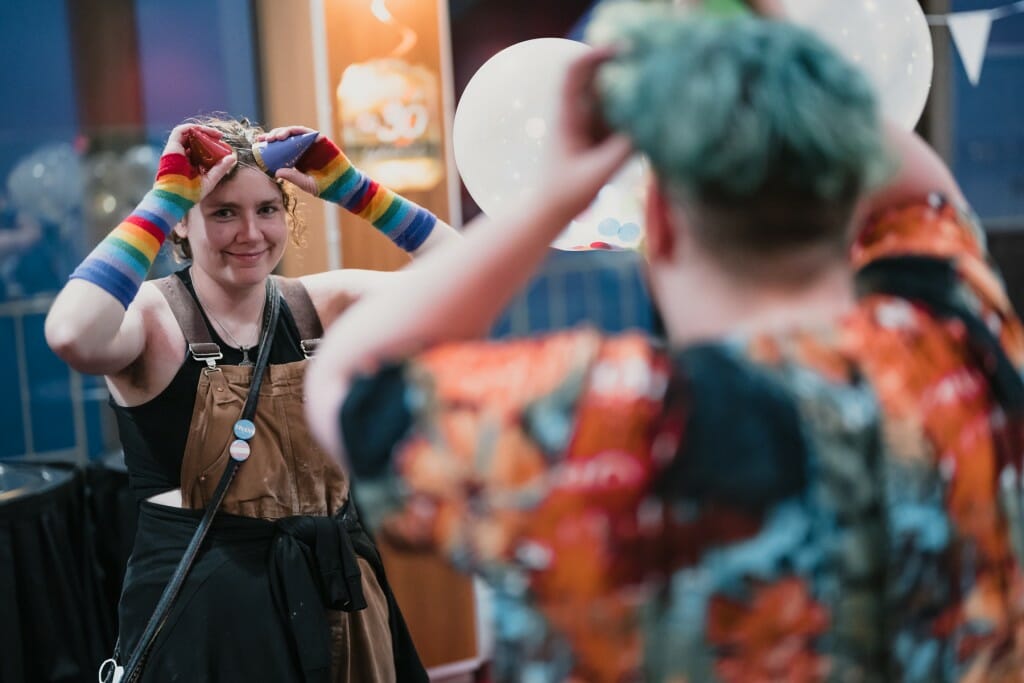 Senior Griffin Poimboeuf said the center “is a really good community space that has a sense of security around it.” Photo by Robert San Juan 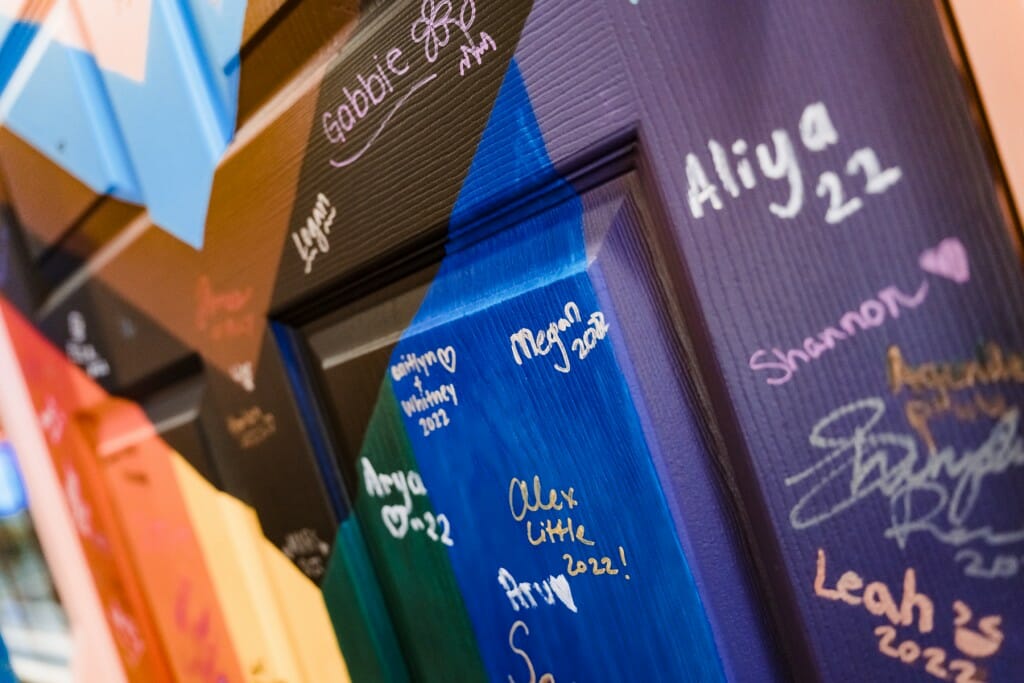 This year’s new “coming out” door already has quite a few signatures. Photo by Robert San Juan 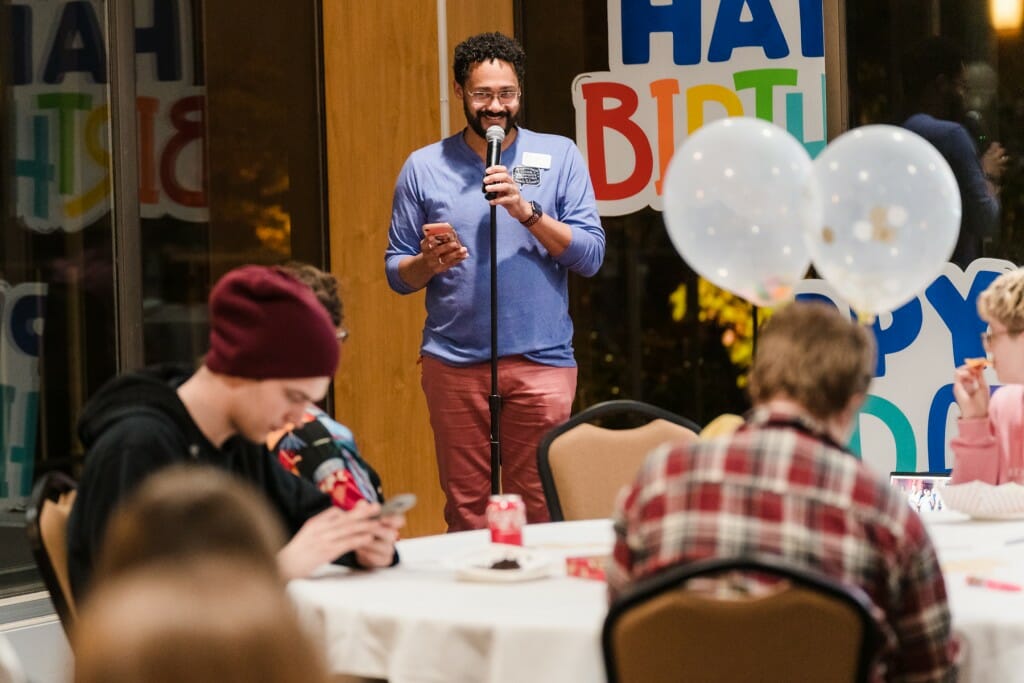 Center Director Warren Scherer shared some of the center’s history with the crowd. Photo by Robert San Juan 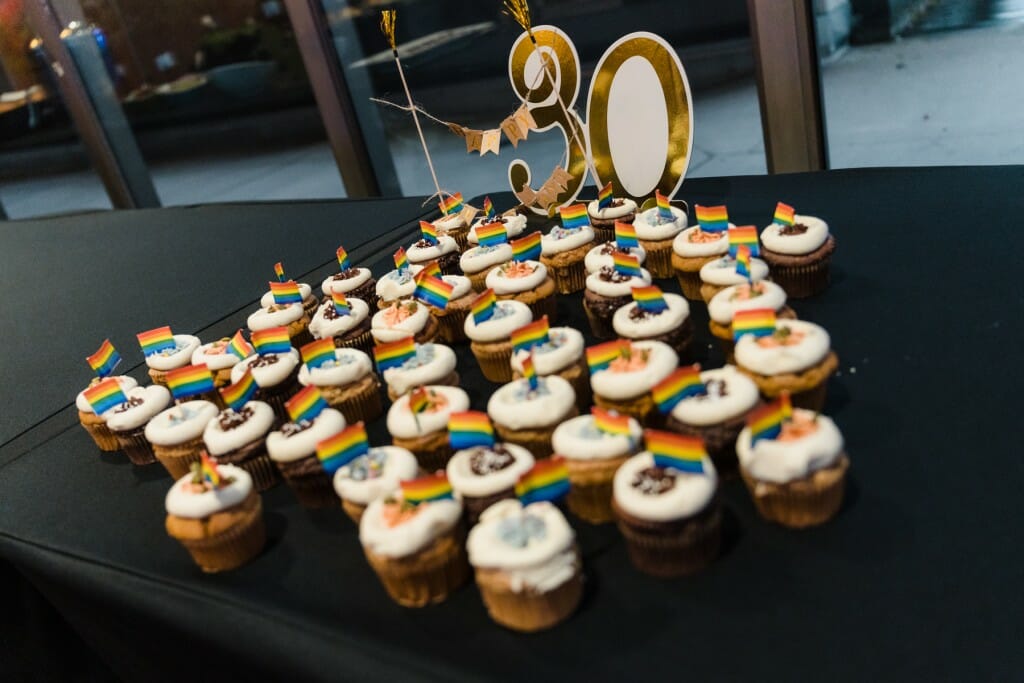 The cupcakes were festive at the celebration. Photo by Robert San Juan

Marking a long history of “connecting and being in the community,” UW-Madison’s Gender and Sexuality University Center turned 30e birthday Tuesday night at the Pyle Center with an appreciation-filled gathering dubbed “The Big Gay Birth Day Party.”

“It’s not everyday you turn 30 unless you’re me and you’re lying about your age,” center manager Warren Scherer joked to the crowd.

The celebration coincided with National Coming Out Day and National LGBTQ+ History Month. Tuesday’s party included two “coming out” gates – one from 2012 that’s completely covered in student signatures and sentiments, and a second added this year to continue the tradition.

Senior Microbiology Major Griffin Poimboeuf signed the new door on Tuesday and praised the center for its help, resources, friendship and “a sense of security.”

“You can find people who respect and accept you for who you are, and you can have conversations that are harder to have in other spaces,” Poimboeuf said. “They also have snacks, and snacks are very important.”

The center’s peer-buddy program coordinator, Arya C., a second-year computer science student, said “nobody will ever ignore you at the center – it’s a very welcoming environment.” Tuesday was a particularly important day for him, he said.

“This is my first National Coming Out Day as someone who is no longer afraid to tell people who they are,” Arya said.

Scherer noted that the history of the center of the campus includes multiple name changes and multiple locations. But Scherer told the crowd that the center’s core efforts have remained consistent: centering on racial and disability justice; increase inclusiveness and improve campus climate; educate people about LGBTQ+ populations and their experiences; consulting and working with faculty on curriculum development; ensure that LGBTQ+ students are reflected on campus; and deepening a sense of belonging.

“And of course,” Scherer said, “it’s always affirmation and support and celebration.”

The celebration of LGBTQ+ History Month will continue with a panel discussion titled “A journey through activism with and for LGBTQ+ communities at UW-Madison” 6-8 p.m. Tuesday, October 18 at the Wisconsin Historical Society, 816 State St. The event will be presented by the Gender and Sexuality Campus Center and the Public History Project. The discussion will explore LGBTQ+ history at UW-Madison from the 1990s to today.